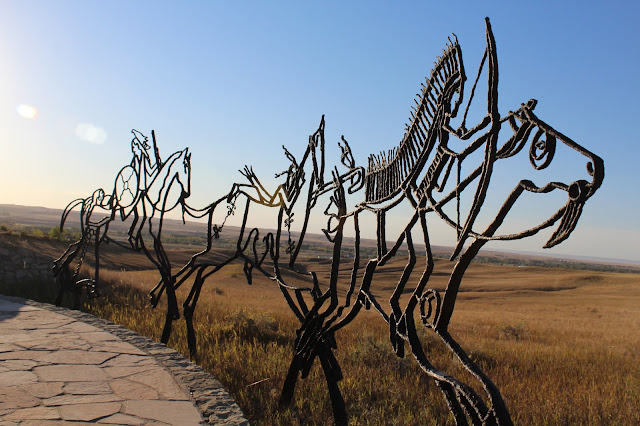 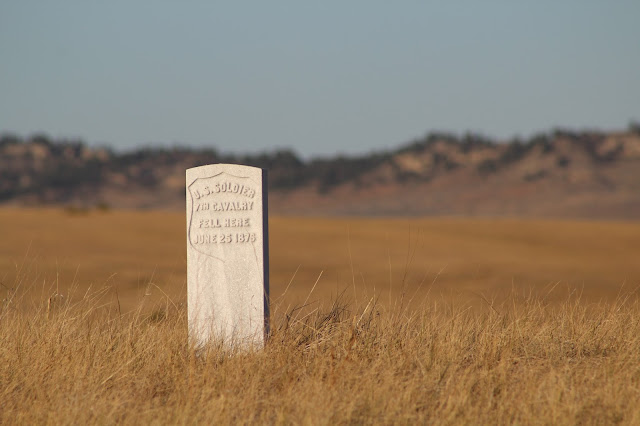 For whatever reason, this proved to be my most favorite campsite. Another mom and pop, the guy in charge had on popbottle bifocals and offered some places to see in Montana. He also ::the heavens open and angels sing:: gave me a wifi password. I admit it: I have missed Netflix A LOT. Television has always been my zone out, comfy place. And his WiFi actually worked. Plus, I had food. Real food: sautéed chicken and avocado on a bed of leafy mixed greens with tomatoes. Paired with that, was my wine and Netflix. It was a damn good night (despite wasting an hour looking for my damn bike key, which I ended up finding under my tent after I had given up looking). Just off of interstate 94, the Big Sky campground made me feel incredibly safe and was super clean: I totally recommend it if you're ever on the move.

And then, to no fault of their own, I woke up this morning again to wind. The fucking wind; it saved me from the heat on my hike yesterday, but today we're not friends again. I was tempted to stay, but the only thing that really got me out of my tent and on the move (aside from getting away from the damn wind) was that there was a Dairy Queen outside of the Wal-Mart. And I love DQ: If a man ever took me on a first date to DQ, immediately wife material. It bares mentioning that the mid-west loves it's DQ's. While living in DC, I always said it would be my dream to open up a DQ in the District - there isn't one, not for miles. And let's be real, DQ is the shit: burgers, ice cream - what's not to love?! But ever since Ohio, I have not been at much of a loss to find a Dairy Queen. Which is good, because the one in front of Wal-Mart was boarded up and closed and, to my point, about 20 miles down 94 there was another DQ, waiting for me to indulge in a chocolate cone with sprinkles; rewarding me for ambling out of my tent, packing up and moving again today when all I really wanted to do was stay put somewhere two nights in a row. But, I realized, if that's my biggest complaint, then I don't have much to complain about.

I made it to Little Big Horn Battlefield around 4:32p (they close at 5), having pseudo-accidentally taken the scenic route through the Crow reservation. I have all but abandoned GPS at this point and am almost solely using paper maps. As luck would have it, entry after 4:30 is free (despite the unfortunate timing of a rushed visit). There, at the monument, I met a Dakota/Cheyenne Native who quickly introduced himself and invited me to join him and the old man he was with for dinner and traded info. There was a trading post/cafe down the street and while I was buying socks, he texted me that he was in the adjoining cafe so hey! free pie. (Too bad I was still full from my $2 DQ burger and cone - sprinkles are free in Miles City, ya'll!!)

After, he said if I was staying in Hardin we should hang out. By then, it was getting dark and I don't like to drive in the dark (the states are far too pretty to miss and I hate the feeling of chasing light). I found a campsite on the edge of the Crow reservation, where I was again, the only tenter. The host's office smelled like cat pee, he was missing some teeth and his wife wouldn't allow me to park on the grass. A creepy guy came over and asked me if I needed help pitching. He then came back over again - after some loud singing; well, at least - to ask if he was too loud and offer me a beer. It was then I decided to invite the Native over for bourbon or the left over Wal-Mart wine because I wouldn't have minded either of those men hearing a man's voice with me. My new 'Indian' was here for a couple of hours, we had decent conversation about this and that and then I sent him on his way, locked up the tent nice and tight and now I'm off to sleep. ...Cause when I wake up tomorrow, it's time to pack up, move and do it all over some place new - and hopefully I won't be dragging ass again.

I made it to Little Big Horn Battlefield around 4:32p (they close at 5), having pseudo-accidentally taken the scenic route through the Crow reservation. I have all but abandoned GPS at this point and am almost solely using paper maps
wholesale t shirt printing
wholesale sweatshirts