Nashville flooded, but you might be unaware. It's sort of  pathetic that the news just brushed over this devastation (see video below) in the 60 seconds they gave it between and oil spill that didn't kill anyone and a Time Square bomb fail, that also injured no one. Over 20 people have died due to this flood and billions of dollars of damage have been done.
It's really quite astounding that something so devastatingly gorgeous can be so destructively heartbreaking. 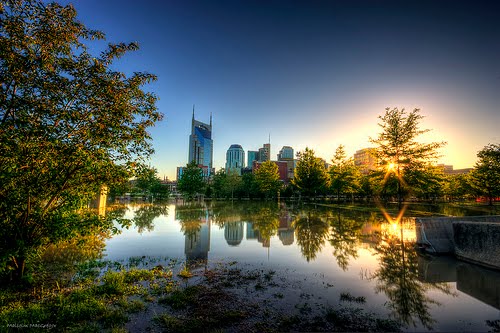 http://malcolmmacgregorphotography.wordpress.com/
Below are photos my sister, a Nasvillian, took today. My blessedly lucky family and other Nashville loved ones are safe and dry. Others were not so lucky; my sister went to help out those today and got to view the destruction of the water first hand. Entire homes...ruined. (click to enlarge) 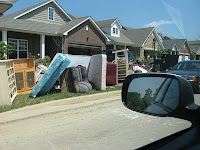 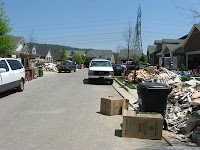 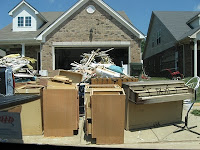 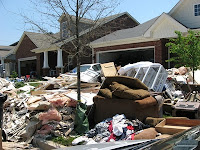 She said, ""It is unlike anything you can describe [sic]. Encourage everyone you know to donate - these people have nothing, nowhere to go, and are literally living day to day on the generosity of others."

If you'd like to help, donate, spread the under-spread word, go here. 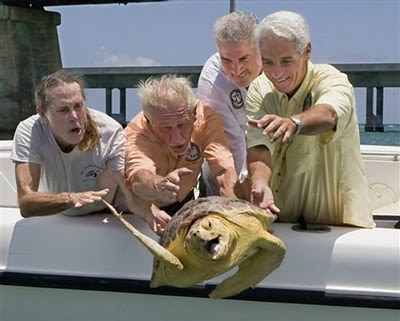 ...and birds are assholes. 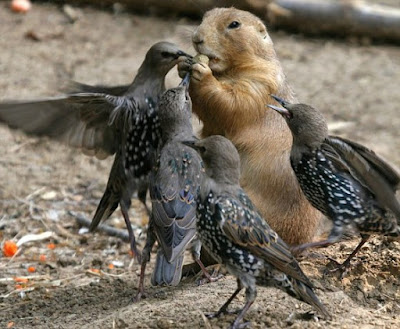 The One Where I Got Punched In the Face

Oh life, full of adventures. You are such an asshole. Really.

Lately I haven't ended up in any bartender's houses or walking around the District for 4 hours searching for a car to sleep in that was miles away then catching a cab as the sun came up only to tell him to turn around cause someone stole my wallet (which ended up being in my bra along with my iPod anyway). Miss those stories? Well, shame on you - you should have been following my blog earlier. Just go find them. Catch up.

Latest in the Really? Files of my life was this past weekend. Deciding that everyone needed to tip the bus driver, I made it a point to yell at an entire bus full of drunk people heading home from the Gold Cup on Saturday. I got in an argument with some ass that just got in an argument with a trip "monitor" who was also drunk (good job, Lindy). All I was saying was it's not the bus driver's fault there was no A/C (that's what the fight was over between the two guys too. Sigh.) and he deserves the same as the other drivers - more even, cause he had to put up with the heat as well...and our complaints.

One guy backed me up. The drunk guy's girlfriend got involved. I told her to shut-up. She did the classic passive-aggressive WASP move and asked if I was done. Bitch, don't WASP me - I am WASP-aggressive...and I've had my vodka - I told her "no, I'm not" and gave her the good ol' Fuck-Off Face. Then told them if they want to be cheap, that's their business, but it's not the bus drivers fault. If they went to a restaurant and the food was no good, but the server was - they wouldn't tip the server any less. They said they would...and those two lost causes belong together. I went back to my seat.

Shortly after, we all got off the bus. I watched the bus driver get some good tips. Then went to get my shit out from under the bus only to catch a swift impact to the face. I kept with the momentum and turned around and walked away. After moving back a few feet and turning around I saw the two douchebags fighting prior on the bus BEATING THE SHIT OUT OF ONE ANOTHER. Let me tell you, those punches hurt. A crossfire casualty: Right to the nose.

The nose! Did you miss the posts where I had a nose job last summer? Shame on you - go back and find those too. I felt so Marsha Brady: "Ohhhh, my nose". The cops came and talked to the guys. Then that dumb WASP came over to ask if I was okay and I essentially told her that I saw through her games and was not selling her boy out to the cops and please go away I'm crying: Which was mostly out out of JESUS CHRIST THEY FUCKED UP MY RHINOPLASTY! She walked away after asking if I wanted coffee -- ahh, yes, that would be so amazing right now. I always thought if I got punched in the face a nice mocha latte would really hit the spot -- and I gave her the Fuck Your Coffee Face. And eventually the cops left too. Then there's me: Little blond girl in a hat and a dress and cute shoes and half drunk, sitting on a planter on the side walk in Arlington and holding ice to her nose...because some muscle just fucking punched her in the face.

No? No one noticed? Typical.