Chicago (A Set of Delays) 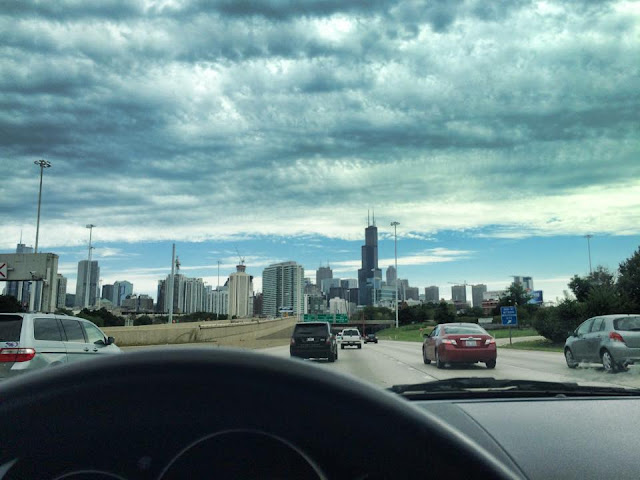 Yesterday I finally left Indy. I spent a lot of time with my sister and her three little girls - two of whom vomited two days apart. Aside from the illness it was nice. I think the stop was healthy to have in between the I-70 tears and trying to figure out how to camp (it's been 20 years). Unfortunately I was delayed a day because I had to wait until Tuesday morning to take my car to a Mazda dealership there to have the shaking looked at. I think we may have FINALLY figured it out - bent rims. I went with the cheap solution of having them put both bent rims on the back for $60 vs. $400 to pound out the dents. 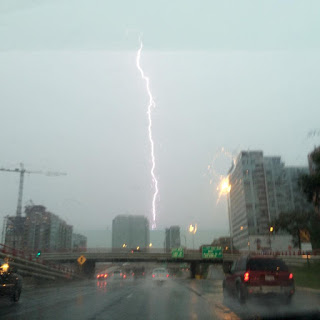 By the time I arrived in Chicago three hours later in the pouring rain. I was exhausted and not feeling well. I assumed it was because I didn't sleep well the night before since one of the girls was sick and another began the night sleeping with her knee in my back. I napped in my car. 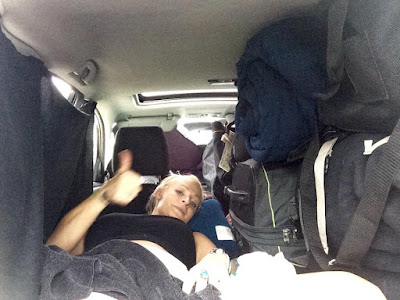 A few hours later, my friend in Chicago was home from work. We headed to dinner (his treat. thanks man!) and went back to his apartment to hangout where I soon began to feel nauseous. I slept on the floor most of the night trying not to vomit. I was going to head out of Chicago today, but I felt so ill that when he left for work, I went up to his bedroom and slept until 12:30. It was a beautiful day but I felt so weak that the only thing I had enough energy to do is watch "21 Jump Street" reruns on ION - a surprisingly entertaining 90s classic.

Obviously, this is starting out well.

So, what this meant was another delay. The first was from the tetanus shot I got on August 28 that bed-rested me for most of the weekend everything was suppose to get packed and sent me to PA two days late. An added day delay for my car (thanks to Labor Day). And now this second sick delay thanks to some upchucking babes. On the plus side, today I'm feeling much better and managed to down 3/4 a piece of toast with peanut butter and go to happy hour where I enjoyed a beyond delicious mint tea (kudos to The Map Room).

I was supposed to be halfway through North Dakota by now, but I'm still where showers and ice cream are accessible. Not exactly roughing it. I am getting nervous for camping though. Tomorrow I'm heading to either Iowa or South Dakota to camp for a night or two before heading to Minneapolis to visit my cousin. Considering I don't even know how to approach paying for the spot for the night, I pitched my tent once (a piece - I have two), and a campground app (with spotty service) and interstate signs are my only resource, this is should be an interesting turn in the trip. 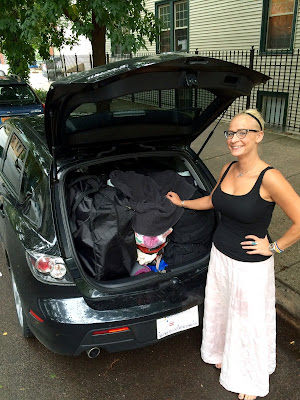