Who I Was is Not Who I Am

Yesterday I was talking to a friend that I had met before my ex and I really started to crumble into a sad mess. The spring after meeting him I started to play kickball...and consequently meet a lot of new people. He told me that there were a lot of people that really didn't like me when we first met last spring, but they're starting to now. Ah, yes, I said, "That's what always happens - that's the way I was explained to people 'she's a bitch when you first meet her, but if you can deal with her at first, she's great'."

He said something like, "That's fine. But it was more than that. You were a bitch."

I stopped to think and responded, "Well, I was in a relationship that was falling apart."

He said I was rationalizing. I don't think so. The more I thought about it, the more I realized that last year - when I was meeting all these people - I wasn't who I am.


***
My family doesn't talk much about personal problems. We tend to be our own little islands; for some reason we think we can deal with everything ourselves. But we can't. For example, we went to my sister's wedding last May - in the midst of our failing relationship - and no one in my family asked what was going on between us (and I didn't tell). This past weekend, my sister told me that everyone was too afraid to ask. (Afraid of what?!) At the start of the trip I complained to my family about him being difficult, but with no further inquiries. Other than that, we got along that weekend; in fact, he thought our relationship was back on track when we got home. It wasn't back on track; we had derailed too far. And I think it really hit him then - perhaps both of us -  when he thought we were in love again and I broke the news that we'd likely never be.

I didn't have anyone to help; it was just me to cope. Me as my own island and the cause of my sorrows living on it. Difficult doesn't begin to explain it.

***
A few days ago my mom said, "depressed people will rub off on you and make you depressed". I realize that's true. People can change you. Situations can change you. And it's hard to see when you're standing in the middle of it all screaming silently for any help, sign or strength to do...something. Anything.

I don't know how I did it. Moreover, I don't know how we lived with one another for six months after breaking up. It was probably one of the bravest, stupidest and most eye-opening experiences of my life. And I can't thank those enough who were there for me in the small moments they were: Those moments were bigger to me in that time than you may ever know. And it is because of them that, one year later, I have returned to who I used to be. The girl that laughs, loves and makes a million mistakes all by herself.

It has been a journey. Nothing about it has been easy. My Dearest Ex, I love(d) our friendship, but I hope that you, like me, are doing well and laughing again. I hope you are back to who you used to be. I hope we're better versions of the people we fell in love with. And I hope that your old friends and your new friends understand that who you were last year isn't who you are in life. And love you anyway.
6 comments: 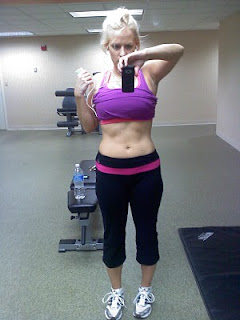 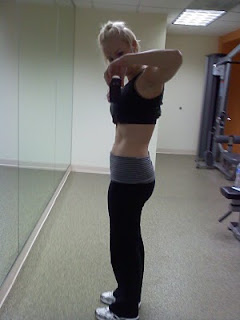 I have always been an organ donor. I want to keep my eyes; perhaps my heart, but since I got my license at 16, I have always chosen to donate my organs were I to perish. I think it selfish to keep something of yours that could save the lives of others. And not just one other, but up to, what? 10? ...how many vital organs do we have again?

My aunts are nurses, my mom is a nurse; both my grandmothers worked in hospitals of one kind or another at one point or another. When I first chose to donate, I always heard the stories that said they let you die if you are an organ donor - that they don't try as hard to save your  life if you're barely breathing. The Nurses always denied this...until recently.

My family came down earlier this month for the cherry blossoms and to visit me and my other aunt. At lunch, my one aunt, who is the director of nursing at a large trauma unit, told me they recently changed the laws to say that, basically, they will let you die easier if you are an organ donor. She changed her status on her license. Made her husband and daughter change theirs too. She urged me to change mine: To retract my organ donation.

My retort befuddled her: I will not change my mind. I would die to save 5 strangers: 5 mothers, daughters, fathers, sisters, brothers. If that is what is chosen for me, if that is my lot in life, so be it. Just so be it. I believe that life is fated. Every step we take is chosen for us. And while I don't believe that a building defines your spirituality, I do believe in God. In God's will.

And so I told her: If my life is hanging in the balance, if my body is frail and my chance of survival is slim, perhaps I wouldn't want to live anyway. "But what about the chance to live; what if you would have lived," she asked. I told her that if by my perishing, I can extend the life of others - those who are otherwise healthy, except for that one pesky organ - that I would die to save their lives. She looked at me in disgust. She couldn't understand why I wouldn't want to live.

Oh, but I do. I so do. I love my life. Every moment of it - even the ones I hate, I love. But if I am meant to live, I will live. If I am meant to die, I will die in peace knowing I have saved someone else who is truly loved. And they can love their life. And perhaps that selfless act might bring some peace to my family as well. So be not disgusted and understand that while I hate people, I love humanity. And, when hanging in the balance, I would die to save your life as well.

The world lacks compassion. But I have hope. And I have faith. And then there's fate...

Gchat Snippet of the Day

AK:  hmmm maybe you can get really ugly
me:  psh! please. have you seen me?
AK:  hahaha
help! it's an emergency!  i'm hot and there's no one around to see!
me:  it's like a really good parallel parking job that no one is there for.
AK:  or wanting to deliver a donkey punch when you have no schlong to do it
me:  strap. on.
AK:  check. mate.


See Also (there appears to be an accidental theme today): 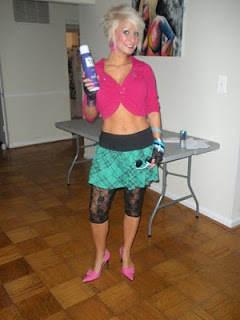 After getting grossly out of shape while in grad school, I lost about 30lbs (taking from my most and least weights…realistically, it was more like 25lbs.). Since then, I have stayed between 140 and 150 – favoring 142 and often taking few week breaks to get slightly gooey again so that I regain the motivation to work out and get a tight belly back again.

I tried to work out for my Halloween costume (right)...and it turned out alright, but then I let go a bit till after the new year.

I worked off a few holiday pounds in January and I looked alright at the end of January, but I was frustrated because, as a person who loves instant gratification – I was weighing 148 every week and saw little changing besides some muscle building in my stomach: 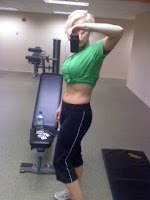 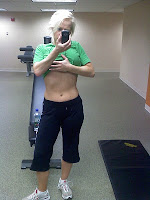 …and the elliptical was broken and I hate treadmills. So I stopped. I worked out the first 2 weeks of February sporadically (typically I go for 1.5 to 2 hours MWF), then pretty much stopped altogether except for a day here or there. 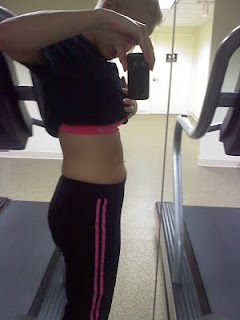 Last month, after about 6 weeks out of my regular gym routine and after a couple of weeks of complaining about being squishy (see pic, right, 1 week prior to competition) to a friend of mine – and he feeling out of shape as well and needing to train for a half-marathon in late April, I suggested we make a competition out of it. So we decided our individual wagers (if I win, I get my climbing shoes…finally) and set a start date of March 22nd and an end date of May 1st.

His start weight was 147. Originally mine was 148 that I had somehow maintained since January (damn you 148!). Since he weighed in on Tuesday, he let me push back my weight again till Wednesday when I weighed in at 150 (extra water? I don’t know. But I took it...I also took a photo, but I'll show you that one for comparison purposes once I start to progress -- again).

Two weeks prior I had been really sick, but took off that Thursday and felt better. However a pesky cough stayed with me. After the Beer Fest in AC the weekend of the 20th, I came back doing not quite as well, but went grocery shopping for “diet” foods and worked out starting that Wednesday. I lost 5 pounds from Wednesday to Saturday. That Monday was getting more ill and couldn’t make it to the gym. I had to call off Tuesday. I saw the doctor on Wednesday (and if you know anything about me, seeking medical attention means I’m hurting. Bad.) and returned to work on Thursday, still not feeling quite up to par. This past weekend I spent outside with my family and felt okay – I thought I was healing…aside from the coughing at bedtime. Then I slept on my aunt’s pull-out sofa and the animal hair and whatever else made me regress to feeling just awful in the morning. I tried resting up to get back to the gym this week, so I’m making the attempt tonight.

He allowed me to push back the date to May 8th since I was out of the fight for a week due to death illness. Today I weighed in at 147.5. He weighed in at 140. I’m way behind.