free spirit
n.
One who is not restrained, as by convention or obligation; a nonconformist.

It started a little while back; maybe 18 months ago or so. These words kept coming up as a way to describe me. The oddest happened earlier this week when I got a Tinder message (yes, I'm still on Tinder; I'll explain why later) from a new match: “Free spirited and all natural, huh?” And while my profile does point out that my hair and ‘figure’ are natural, it says nothing to imply “free spirit” – I mean, how would it? I don’t even know what that means.

So I showed my Seattle Senorita my bio (below) and asked: "What about this says 'free spirit'?!” Adding, “And should I be taking it as an insult at this point?” 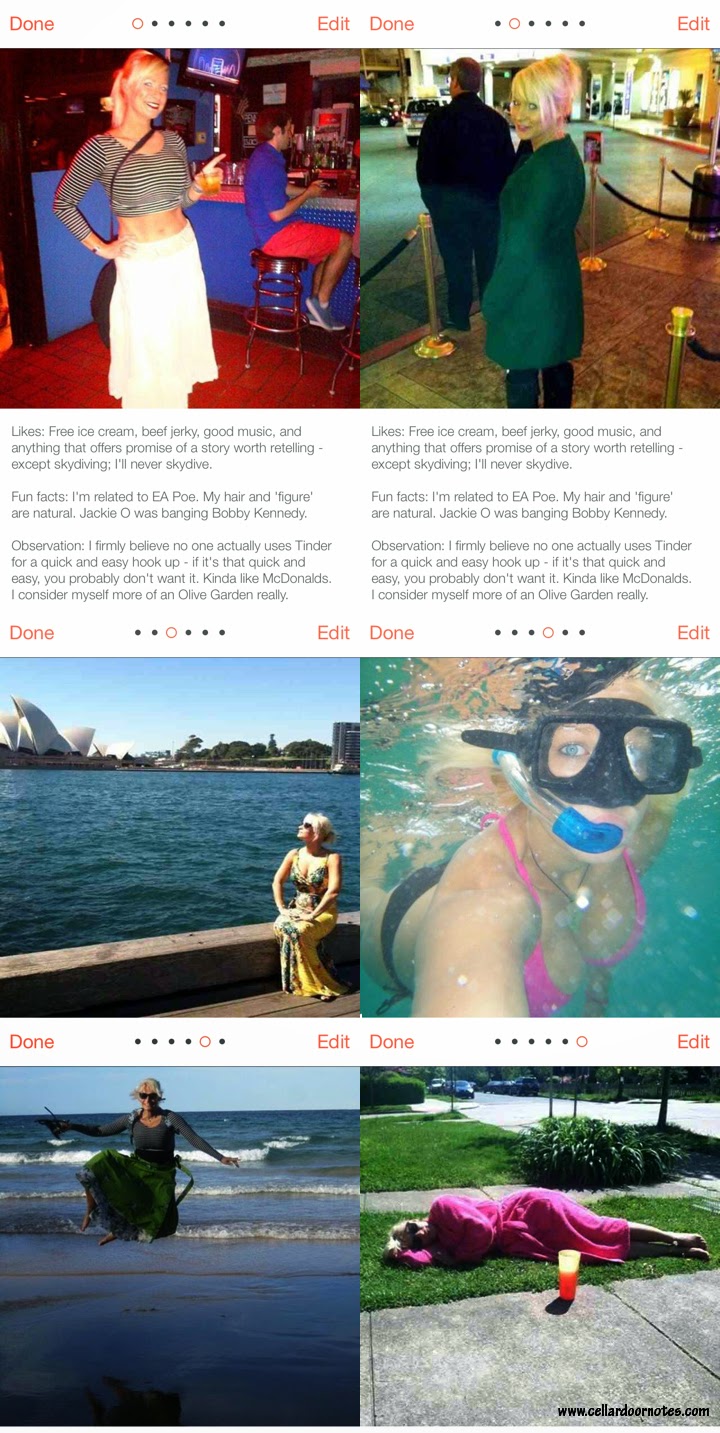 “Free spirit means you don’t conform to society bullshit,” she told me, adding, "It's my M.O."

“What about my profile says ‘free spirit’?” I asked. “I just don’t follow.”

“I think you just exude it. It’s a good thing,” she concluded before moving on.


And according to these steps on how to be a free spirit – which seems extremely ironic – it sounds like it’s a good thing. So alright, I’ll take it -whatever it means to you guys. But seriously, I don't get it; it has become one of the stranger things I've been called on repeat. Dumb? Sometimes. Goofy? A lot. Free spirited? Eh?! Even Goomba got in on the action earlier this year and I asked him what he meant by free spirit. "You're moving across the country and leaving everything you know behind just because. It goes against what society says," he continued to my remaining skepticism, "And that takes balls".

So in conclusion, my Tinder profile gives me balls... wait, that doesn't sound right. Whatever it is that people see and I can't see in myself - it sounds good enough to own. I'll accept the title. Does it come with a tiara?
3 comments: 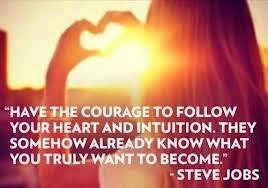 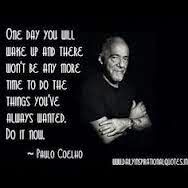 A few Christmases ago, my grandpap began to ask me when I was going to have a baby when he witnessed me falling in love with my three nieces. It's the sort of octogenarian charm of getting to say whatever the hell you want; a privilege of age and wisdom. It became a bit of a running theme at Christmas and birthdays. "When are you going to have a baby," he'd ask.

"Well, I don't even have a boyfriend at the moment - let alone a husband, so that might be an issue."

"You don't need a husband to have a baby," he'd reason. A surprising response from a 80 year old man, married to the same woman for over 60 years, who still expects his wife to make him a sandwich on command. (She only does sometimes now. But under her breath she'll mumble "Make your own damn sandwich," which in a family full of very opinionated women, is oft laughed about unbeknownst to him.)

"I'm not doing all that alone," I'd say, freshly 28 and confident (at the time) that I had oodles of years until I needed to be concerned for my eggs.

"I'm not going to live forever," he'd reply, eager to meet my children and see me as a mother instead of just an aunt.

The following year from the start of his request of my procreation I saw him at Thanksgiving. He gave me some advice: "You need to stop going to bars;  you're going to get into a fight in those bars," he said in the middle of dinner, unprovoked.

"I've spent plenty in times in bars in my younger years. I've been in bar fights. I know what happens there."

"Well, I've spent plenty of time in bars. I've never gotten in a fight and I don't intend to."

He switched gears slightly, as my aunt and grandmother came to my defense to say that bars in DC now are nothing like the bars of his day. "Don't meet your husband in a bar; you're not going to find anyone good hanging out in bars," he went on as if they'd said nothing.

My aunt chimed in, "I met my husband in a bar," nodding at her current husband sitting beside her.

"Yea," he said, mid-chew, "If I wasn't drunk, I never would have had the courage to talk to her." (Apparently men seem to think the very opinionated women of our clan can be intimidating. That seems fair.)

My grandfather ignored this comment from those he accidentally just insulted and went on to tell me that I needed to go out and find a Jahovah's Witness and be saved. I put down my fork-full of mashed potatoes, turned to my grandma and quietly asked, "Is he being serious?"

Before she could reply, he roared "YEA I'M SERIOUS!"

"I'M NOT DRUNK..." he went on, as I heeded my grandmother's advice and turned my focus to turkey and corn pudding.

When we were little and my grandparents were watching my sisters and me, my middle sister and I would use pink foam curlers to "curl" our grandfather's hair; a mostly balding man with an impressive grey comb over. My grandmother, who isn't much of one for reminiscing, always likes to bring this up. I wish we had photos, but it falls into the fond - albeit strange - memory-only category. Then again, this is the same sister that convinced me to climb onto our grandparents roof through their bedroom window, only to be found out when our grandfather saw two aging toddlers peering through the bathroom window, mid-pee. The same sister that managed to bestow upon me my cheek dimple in a pillow fight when I was five and she was six.

She hit what was probably a little 35 pound body with a pillow hard enough to send me flying off the sofa bed and into the corner of an end table. My cheek broke the fall; it bruised and hardened. When it finally healed, I had a dimple. And I hated it. "The boys will love you when you get older," my grandmother said in consolation.

"I DON'T WANT TO BOYS TO LOVE ME!" I protested.

This reply seemed a far cry from the moments - in between curling my grandpap's twenty hairs - when we would play the card game, Old Maid. In another of her few reminiscent gems, my grandmother likes to relive the moments when we played: "For some reason," she still recalls with a smirk, "you always ended up the old maid; I don't know how. But you would get really upset and cry: 'BUT I DON'T WANT TO BE AN OLD MAID!"

My sisters probably had something to do with it; they were always picking on me - giving me the bottom backwash of our shared can of Coke; telling me I was adopted. But it was true: I didn't want to be the old maid. I probably still don't. I was very young, but I remember playing; getting upset that I never wanted to be one - whatever that meant, although I recall taking to heart as far more than just the loser of a card game.

A few more Christmases and holiday get-togethers passed, with more questions about when I'll get married. Do I have a boyfriend. When will I have kids. Mostly questions from grandpap; sometimes not. In my family, it's weird to reach 30 and not be married: my grandparents were too young to marry in Pennsylvania when they fell in love, so they drove to West Virginia to make it legal. Another aunt - still happily married after 20-some years - couldn't legally drink at her own reception. But perhaps the others don't ask because they know I don't want to be the old maid: "We give you your space," my mother (who told me to wait until 28) said of she and my step-dad, "so we don't ask".

And then this Easter, there seemed to have been a shift. My sisters, by now, had five kids under four in tow: A bit different than the two year old and the six month old twin nieces I had when the questioning and baby requests began. My mother made a comment that she was glad I waited; spaced out her grandchildren - obviously my intent from the start. When I walked into my grandparents' house, my eldest sister, her husband, her four year old daughter and 11 month old son were already there. I said hello to my grandparents and took a seat on the couch adjacent to my grandfather in his Lay-Z-Boy. He looked at me poignantly. I smiled and waited for the inevitable questions.

"You get more beautiful every time I see you," he said as if it suddenly dawned on him, with a sort of conviction and what seemed to be proud admiration. Our beloved octogenarian, he really meant it.

"Thank you," I said shocked and absolutely touched. "That's a wonderful thing to hear. I was just starting to wonder if I was getting old."

"You're not old!" he said, "You're smart." I looked at him a bit bewildered; he continued, "I was just telling your sister that the more you multiply, the more you need to multiply solutions. Kids cause problems. You don't need any solutions; it's simple. You can have problems later. You're smart."

"Thanks," I said, as my sister turned to the both of us and pointed out that he'd never said anything beatific like that to her. He got up to check on the Easter ham. I basked in the glow of perhaps my favorite thing my grandfather has ever said to me. And I felt beautiful.

The incredible urge to write: Where have you been my wilting flower?! It seems back now. Like an addict ready for relapse and there as so many things I've missed and want to retrace. So many feathers yet to ruffle. And so many moments of missed catharsis of this weird new life I have since turning 30 to work through. But I'm coming back now and I have some time now and I'm going to share now.

A Potato At Christmas
The One Where I Went on a Date with a Recovering Mormon and Took Home a Beautiful Gay
The Baby Raccoon
There One Where My Mom Watched Me Get Run Over
Update: The One Where I Got Ditched at the Airport
Friends are Like Wardrobes
The Disintegration of Love
Georgetown
Crying
Away We Grow: An Update on Hair
My Grandpap Thinks I'm Beautiful

Get ready. I write. You read. And go!