In case you were wondering, the Universe is still in charge. Do you have plans? Did you have a thing you definitely weren't doing that night? Where you going to run tomorrow? We you planning on not talking to people for a while?

"Yea. That's cute," Universe scoffs. "Good luck with that," it says as it tickles your feet until you fall to the floor and knee yourself in the face. Allow me to tell a story of the strangest series of events to illustrate my point:

It starts out with a preface: I was re-reading the first FB message to draft my last retort to the talking mouth of those people, when I realized the enormity of what he said. It hurt all over again and I started to really think it might be best to step back from everyone, ending my (very long) correspondence with:

However, I don't want to feel like I have to defend myself; or my character as a person. I don’t believe that friends are there to tear you down. And there’s nothing I want less than to be misunderstood (...probably because I often am). That people have been talking about me behind my back and for so long - to each other, to you - I felt like I'd been wearing my underwear on the outside of my clothes for a year and on one told me; like trusting someone who then steals from you. It's hard to explain, but I couldn't even bring myself to read/respond this message until now.

But, in a sense, I'm glad you said something so I'm not completely in the dark about yours and others' perceptions of me and then ending up places I'm not wanted. But I wish it wasn’t like this; parental; a non-discussion telling me all the ways I live my life wrong and bringing unnamed people into it, making me lose faith in my friendships. I felt like the kid in the back of class everyone makes fun of. She thinks they’re all friends, but everyone actually talks about her. She is blissfully unaware until she sees it scribbled on the bathroom stall. And then her world falls apart.

Please advise whoever “[your] friends” are to stop scribbling on the bathroom stall, so to speak.  If there is an issue, we’re adults, people can pop their heads out of their rooms and quit whispering behind my back in someone else’s ear and talk *with* me. My only registering reaction isn't anger; that the last emotion I resort to, in fact. (Which, hopefully, says something.)

So I'll leave that up to you (and them) if you (or they) want to have a conversation and move forward. If not, I'm not really sure where to go from here, as I certainly don't feel welcome in your house or comfortable in that group now. I’m sorry you somehow became the messenger – I know it’s not a fun place to be.


So there I was in the Universe. And there it was: draft sent. I had nothing more to say to him.

Fast forward to Saturday. ER texts me mid-day to hang out. But I'm out with PI on a long overdue disc golf course day, which turned out to be super therapeutic. We talked about life. Jobs. Futures. And he talked through the whole Messenger debacle with me and echoed that I should leave it go for now; I wasn't wrong in my feeling hurt; my sentiments justified.  Barely a silent moment in 27 holes. It was just what I needed.


In departing from PI, I text ER and he says to join him and some other friend in Virginia. I go home; eat two hot dogs and shower. A miscommunication makes me late and by then the friend is too drunk/tired to go out, so ER says go to his house.

I arrive and he's drunk from day drinking. Like misery, drunkery loves company, so he implores me to drink. I decline citing that 1. I drove and 2. I have to run Sunday (I have a half-marathon this coming weekend), and 3. if we go out I run the risk of running into those people and awkwarrrrd. He keeps trying and eventually I cave, and if I'm not sleeping in my own bed then I'm drinking and here, hide my keys from me.

After a game of drinking poker (I won), we head to bars near his house. He is sufficiently drunk enough to think that margaritas are a good idea. And not just any margaritas...


We finish those and head to another bar where we run into a mutual friend. That mutual friend wants us to grab him a 22 ounce beer while we're getting our first drinks. TWENTY TWO OUNCES?! GREAT IDEA!, said no one ever two 29oz.-margaritas-deep people. We grab our 22 ounce drafts and (shockingly!) this is where things get fuzzy.

Some point later in the evening, I head to the bathroom (I think) and run into the messenger friend; the one I said I wasn't going to talk to until there was conversation or resolve. Then enter time/event travel: Shortcut to: I lose ER. He drunkenly wandered off. I call him. Again. And again. In total, I called him 21 times. No dice. And because he still has all of my keys, I'm locked out of my house and stuck in Virgina. So, at 3am on Saturday, I end up in the Messenger's living room - the guy who I didn't plan to talk to...and we talk.

You might think: Well, that's not so random. Maybe not, if it wasn't for everything in the morning returning to status quo. Because around 10am I get a text from ER:

ER comes over and knocks on the door. I get up from the Messenger's couch and ask him for a hug. He gives me one, says, "good conversation" and we leave.

"So you guys talked it out," asked ER on the way to coffee.

"I have no idea. I can't remember," I said. Adding that I recalled crying the night before, but only after I noticed my eyes were puffy and I that had washed my face. I figured I'd wait it out and hope for some more bits of the night to come back.

After a Starbucks stop, we chase his phone on mine and we find it not in cab, where he's convinced it's at, but in the middle of the Georgetown flea market, where I'm convinced it's at. I know, I didn't know Georgetown had a flea market either! He gets his phone back, I get my keys back and then I head home. And everything returns to normal - except I still can't remember what I said during my 3am conversation. So maybe just mostly normal - I should probably ask about that...

Regardless, this is all too perfect a random series of events to be ignored. No coincidence is ever this strangely orchestrated, right?! Maybe nothing is ever simply coincidence. Minxy little Universe.
2 comments:

I signed up for National Novel Writing Month. Technically, yes, my book isn't a novel, per say. But I'm going to try anyway. Try to write 50,000 words this month. And so far, on the 5th day, I have nothing. Which means I'd have to go at a rate of 2,000 per day. I shall try. I shall hope for encouragement. This must be what editors are for. And NaNoWriMo. And friends. And fellow writers - I have to be honest, I still can't find it within me to claim to be a writer (when does that distinction allow itself?). And blog readers?

And these kinds of things. 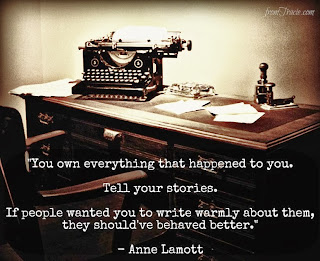 Yes. That. I needed that. And the confidence from an odd source calling me a "fair" writer - thank you, ex-lover. No one is free from slipping under the bus if you laid yourself in front of it. Beep Beep everyone! : )

(If I can grow my hair, I can write a book! Totally relevant.)

I'll keep you updated. Buts lets be real: If you say something out loud, it is sort of the only way to hold yourself accountable. (Hello hair update and my current desire to cut it all off!) If you write it down, the story can't change. This is me holding myself accountable.
9 comments: