I’m completely chronologically backwards. The Erotica happened the Wednesday and Monday between the Friday the Brit happened and the Monday before that this story happened: I was ditched at an airport an hour from my house on the way back from Vegas with what was supposed to be no way to get home putting a bit of a moldy cherry on top of an otherwise awesome trip to Vegas during which I shaved a Canadian’s
soul patch.  Allow me to start at the beginning: 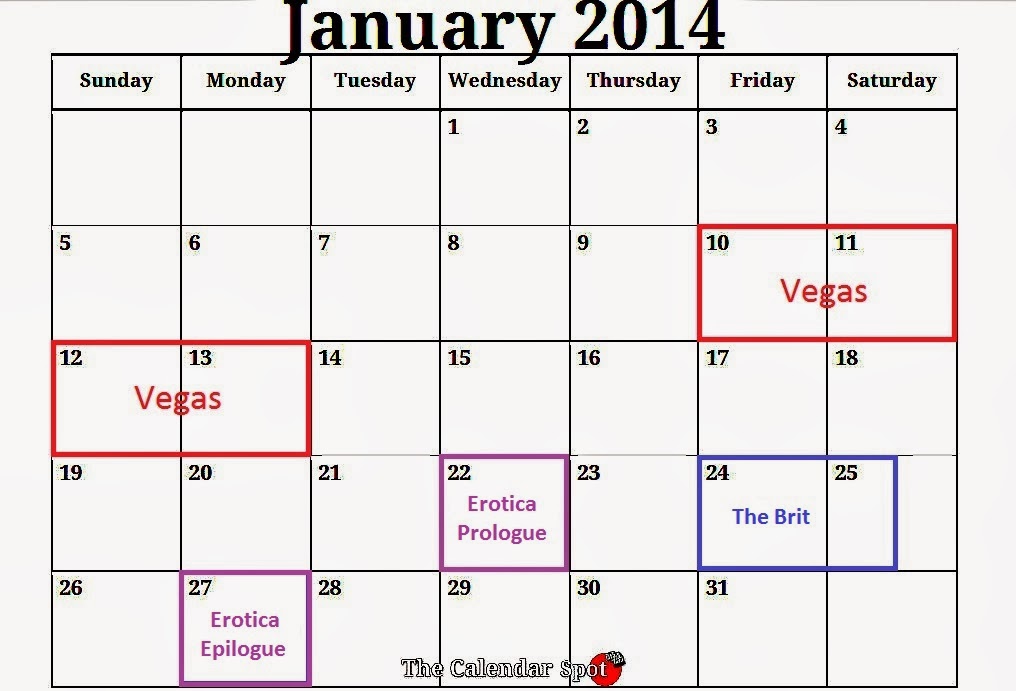 Back on the night of the tenacious Jew I was talked into buying a ticket to Vegas for GFC’s 30th birthday, so at the bar, on my phone, I purchased my tickets (that I really couldn’t afford but that were cheap and you only turn 30 once, right? And my birthday was such a fucking disaster that let’s not make it a theme.) Fast forward to January 5th and I was with Ginger at a bar and suggested that she too make the trip to Vegas. (She was having issues with her on-again/off-again and GFC mentioned she had wanted her there.) And so, she did.

The following day I switched my flights to match hers; I cancelled/rebooked hotel rooms and set our schedules to carpool to the airport together. Everything was set, and aside from some communication errors in the weekend, everything was great. It was super fun. It helped that we came upon a big group of single guys from Vancouver on Saturday night after the club and because doesn’t everyone take Bananagrams to Vegas…, I invited them up to our room to plan Bananagrams at 3am. Eventually, I convinced the Canadian with the soul patch to let me shave it. After which, he went from sort of skeevy to totally cute - at 6'2" with brown hair, blue eyes and a deep voice - and I decided he was mine.

It’s amazing what a difference the just a few stray hairs can make. (I should tell the girl at CVS.)

And so GFR, Ginger and I (who were sharing a room), all ended up in a bed with a Canadian: I went to the Soul Patch's room and Ginger and GFR stayed in ours. The following night they invited us to hang out again. This was nice because we went to a place with $16 drinks and didn’t have to play for one damndrink and $16 drinks are delicious. After which, we suggested the strip club. (Or maybe just I did...whatever.)

Now, somewhere in the course of the day and evening, Ginger decided she wanted to switch Canadians. GFR and I were happy with ours, but if she wanted to switch she had an additional five to choose from, only by the end of the night she had gone through all five, and wanted to go back to the original. After I apologized to half of them while trying to aid her search (because they said they felt like sloppy seconds), when she pulled me aside at the end of the night to help her get back the original Canadian, I told her I couldn’t help. We then headed back to our hotel.

When we got back to our room, while I was changing clothes to go back to Patch's room, Ginger was grumbling that both GFR and I had a Canadian and she was alone. But there was nothing I could do at that point – nor did I want to. No one wants to feel rejected, and I wasn't about to perpetuate the rejection.

Now, I only tell this part of the story because I have to think it played into what transpired the following day when I got back to the room. Check out was at 11am. I had called the night before to request late check-out since our flight wasn’t until 3pm and was informed it was not a possibility. So, I left Soul Patch at 10:30a to hop back down six floors in time for check out.

I’d like to take a moment to suggest to you the convenience of hooking up with someone in Vegas that is staying at the same hotel as you are. It’s brilliant. You should try it.

So anyway, I got back to the room at 10:30, which meant we had 30 minutes to pack up and check out. GFR was already on her flight and Ginger was still in bed. So when I walked in the room, I said "[Ginger], get up, we need to get ready to leave".

“Let’s do late check-out. I’ll pay for it,” she grumbled at me from beneath a pillow.

“We can’t,” I said in haste, “I told you yesterday, they said we’re not allowed to do late check-outs. So you need to get up and pack,” I added not wanting to incur whatever charge on my card the hotel might sneak in for being there past 11.

She said she packed everything last night. I asked if she was going to shower. She said no, so I let her sleep while I hopped in the shower. I got out, and with 17 minutes left, now insisted that she get out of bed:  "[Ginger], seriously, we need to be out of here in 17 minutes; you have to get up."

So in a huff, she rolled out of bed, walkedd over to the gallon jug of water I’d grabbed for us to share and started to chug it. “Oh no,” I began in a light-hearted tone to pick up the mood of the moment, “Did you drink it all?!" I added with a light-hearted-everyone-is-hungover-in-Vegas chuckle.

"I JUST DRANK SOME. I JUST WANTED SOME FUCKING WATER. LEAVE ME ALONE," she snapped back.

Um...holy shit. Okay then. Tread lightly, there's a ravenous rabid in the room.

"Calm down. I was just kidding," I responded, trying to smooth over what was clearly a miscommunication. "I just wanted some water since we're all hungover," I added with an uncomfortable bit of a laugh.

Barely getting out the word 'hungover', she began barking at me: "Stop talking to me!” On repeat. Again, trying to calm down the situation and refusing to deal with her childish orders, I try to explain what's going on and get to be normal. Instead, she just kept repeating: "Just stop talking to me right now."


"Stop talking," repeated even when I wasn't making a sound. I felt like I was in some sort of parallel universe of a vinyl record was scratching an intolerable echo. I was 13 again fighting with my 15 year old sister and fucking hated when I was 13 and fighting with my 15 year old sister; the dichotomy of our love/hate relationship, exhaustively infuriating. But this was the first I was experiencing of Ginger's bite, previously only privy her compliments of how I was so funny or awesome. How quickly the tables had flipped - and I couldn't be 13 again.

"[Ginger] you're acting like a cunt. Stop telling me to shut up," I finally said, in a surprisingly normal tone. And when her repetition continued, I snapped back in the commanding tone of a parent to a child mid-tantrum:

She stopped like a deer in the headlights and stared at me for a moment before quietly continuing to pack. Once her stuff was packed up, she left the room and I didn't see or hear from her the rest of the day. I packed, checked out, booked my airport shuttle, and entertained myself until it was time to catch it. I figured she needed some time to cool off and work through whatever the hell was bothering her.

Five hours later, I didn't see at our gate when our flight was boarding, so I texted: "where are you?". No answer. Boarding, I saw her already seated and stared at her, waiting to make eye contact. I know she saw me, but she refused to acknowledge me. When we got off of the plane, she didn't wait for me at the gate. Or at baggage claim; she didn’t wait, nor text me: She got her bags, went to her car, and left me there - stranded at the fucking airport at 11:30 at night with (to her knowledge) no way to get home.

She had no idea that my intuition, once we boarded, had the unfortunate accuracy to suggest that someone might actually be callous enough as to strand a girl at the airport with no regard for her safety. She had no idea that I had texted GFN after boarding with my concern that I was going to get ditched. Or that I found out that GFN’s flight landed after mine and she could take me home. So as far as Ginger knew, she was leaving me in Baltimore with no way to get back to DC – as punishment for, what…waking her up in the morning? I still don’t understand.

It’s been over a month now and I still haven’t heard from her: no explanation; no apology; nothing. What a waste of a friendship. And hundreds of moments of laughter. Sometimes in life I guess there are just things - like soul patches - that we won’t ever understand.

This is C21 from the flight from BWI to Denver to Seattle!

I started a blog like I said I would...thank you for the inspiration. Hope you are having a blast...hopefully we will cross paths again some day :)

So she definately should not have left u or snapped at u but I bet she is waiting for an apology and/or she knows she went too far. It sounds to me like u convinced her to go on a girls trip to forget about a guy then she was left alone, then the anger festered while she sat alone in the room til u came back and it exploded. if she was really a good friend prior I vote u initiate convo she may be too embarassed considering her actions

PS. I bet she thought the bros before hoes (but girl versión) code applied here