[written on the pages of an in-flight magazine, 10ish PM EST 2/9/15, posted retroactively] 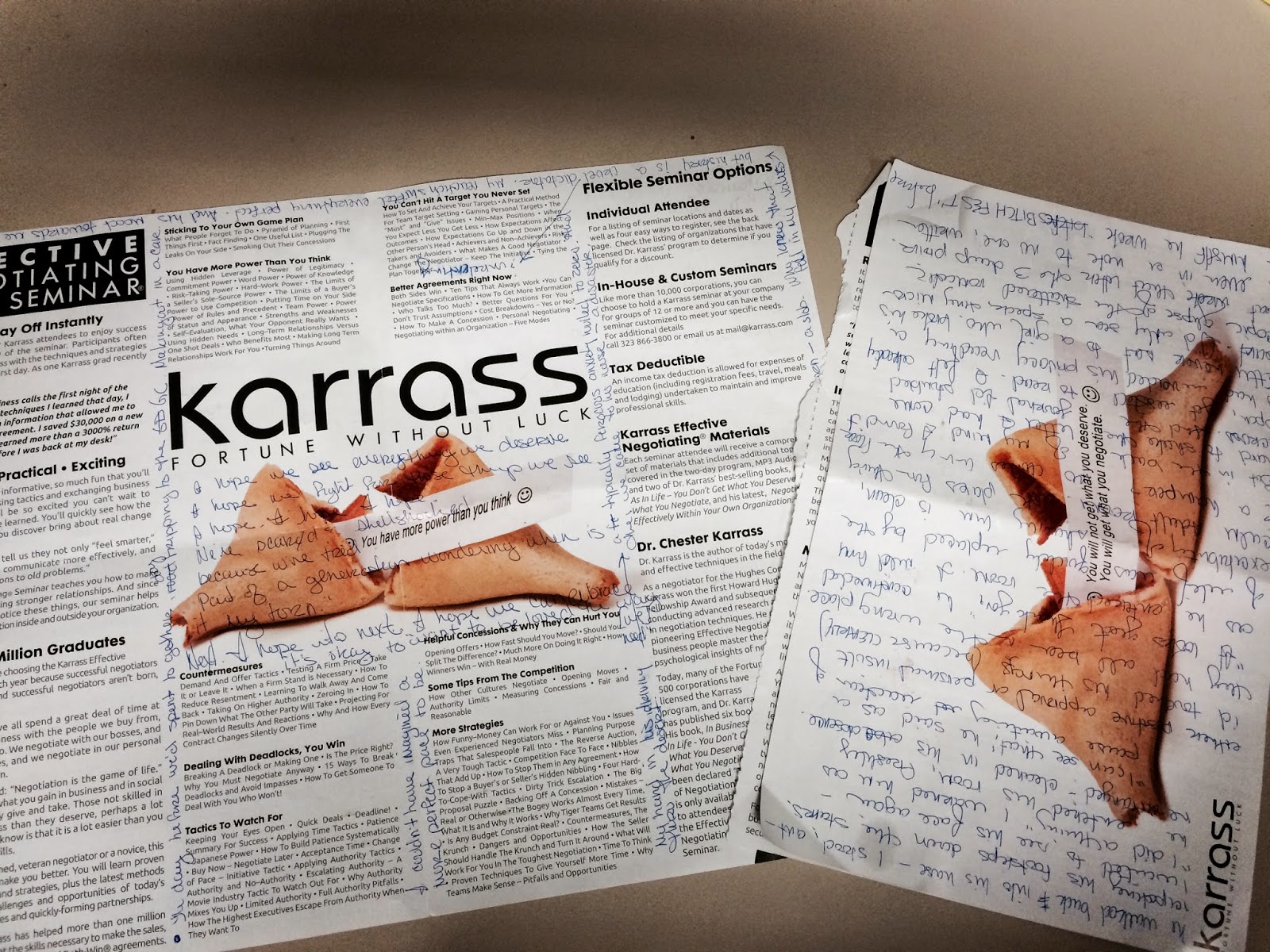 I hope we see everything we deserve. I hope we fight for those things we see. I hope. I hope. I hope. We're scared and shell shocked because we've tried. Part of a generation wondering when is it "my turn". Next. I hope it's next. I hope we can embrace the idea that it's okay to "want to be loved the way [we] need," so read the letter I had found in his room to a girl that broke his heart.

Three days before we'd spent together, day tripping to the Grand Canyon. Making out in a car, my hand in his, I couldn't have imagined a more perfect place to be, driving through the desert; a typically ferocious anxiety dulled to zero. And then, after 36 hours together, we came to his house: A disaster. What might have been my hope for my golden unicorn: A slob. Who knew that fell in my list of values? But history is a cruel and proper dictator. My reaction shifted everything from something near perfect. And so too his mood towards me. So when Monday rolled around and he left me alone in his house for a doctor's appointment, followed by work, I cleaned and organized his room. I thought it would be a nice gesture, and help with his brooding I noticed on and off throughout the time together. He had some things life had thrown at him. We all had. His bubbled just beneath the surface, I think.

It took me two hours to ready his room; take footballs and empty beer jugs, the entire contents of a dresser drawer, repurpose and replace them. Just as I was finishing up, he unexpectedly walked back into his house - I stood, anticipating his footsteps down the stairs. I waited to see his face again before I spoke: "I did a thing," I admitted, nervously, to his approach, unsure how he would react.

"I can see that!" he said as I paused, waiting for either a positive approval or personal insult I had gone through and touched all of his things. (Because clearly they had ALL been in the wrong place.) "It looks great! Thank you!" he continued as he entered the room.

A mild bit of relief transitioned into excitability of showing him his new clean, clam adult person room, with places for things and a hamper and no clothes lying on the floor. But in the back of my mind, I found it hard to shake the letter I had come across. And the journal I'd stumbled upon, yet resisted reading, as I had already felt I had perhaps invaded his privacy by reading a letter written to a girl, but never sent. A girl who clearly broke his heart. I'd only seen a speck, a tiny microscopic glimpse of the shattered romantic who wrote that letter in the three days prior we had spent together. And even in a note to no one, written for himself he wrote "BITCH FEST" after three pages of tenderness, continuing with just one more line and ending the cathartic personal excavation like it was weak of him to just feel.

"My heart has hurt like that too!" I wanted to yell in a certain kind of emotional entanglement, instead of showing him how his beer jug was now a coin receptacle. But, I said nothing, fearing he would feel his privacy invaded. A guess, at best, I could only make that this girl was the one he had told me about (who had cheated) over our first dinner together four days prior. I wanted to admit that HOLY SHIT I DO THAT TOO - write the letters we never send to the people that hurt our hearts. And also don't stop yourself: A broken heart isn't a bitch fest, it just means you tried for something; it just means you have a chance to fall in love again. Instead, I could say nothing; I couldn't explain how the depth of his character had grown in his absence without admitting what I had done. And that those tiny moments when I saw who he wanted to be again (romantically) in those first 36 hours, then morphing into a sort of walled off apathy, that those moment are okay. Fight for those fucking moments! Fear will leave you alone and frustrated and placing blame.

We said all weekend, it was weird how similar we are. And it's in this moment, 30,000 feet in the sky at 10:35 EST, somewhere over the US that I realize I'm also speaking to myself. I WANT those moments and I will fight tooth and nail to have them again.

After evaluating his room, he stayed a few more minutes and then kissed my goodbye on his way to work. And again. His phone rang as I now stood in the kitchen, doing my due dilegance in washing the dishes for a house that let me squat for the weekend. He gave me a peck then ambled towards the the door to forever gone. "The worst!" I yelled, suddenly embarrassed, as he greeted his caller and I realized I'd been heard. And yet still bothered I was so flippantly leave-able. I cowarded as he walked away; a moment of goodbye not even just for us. The worst.

Passively, I left a post-it note, a nod to our broken hearts club he didn't know he belonged to. I left it slightly hidden behind a book on his nightstand, inscribed with one of my very favorite quotes that helps me through the hurt sometimes: "There are far, far better things ahead than any we leave behind". Then I hoped he wouldn't take it the wrong way, packed my bags, and left.


{Then I ripped out the pages and thought to myself: 'Well, he wasn't it' and turned to my whiskey & ginger.}