You know what I discovered? Single mom is NOT a good look on me. It looks greasy and disheveled and braless; clad in yoga pants and baby food laden shirts, all while too exhausted to really care. Maybe this is why people get married before breeding: No, sir. You cannot leave. There is this piece of paper that requires you to still call me pretty even though I have poop in my hair!

Two weeks ago I flew to Indiana to help my sister because her husband had been in the hospital all week (with they didn’t know what) and she had no help. She has three children: three year old twins and an 11 month old. Suffice to say, I assumed she would be falling apart and needing family and an extra two hands. 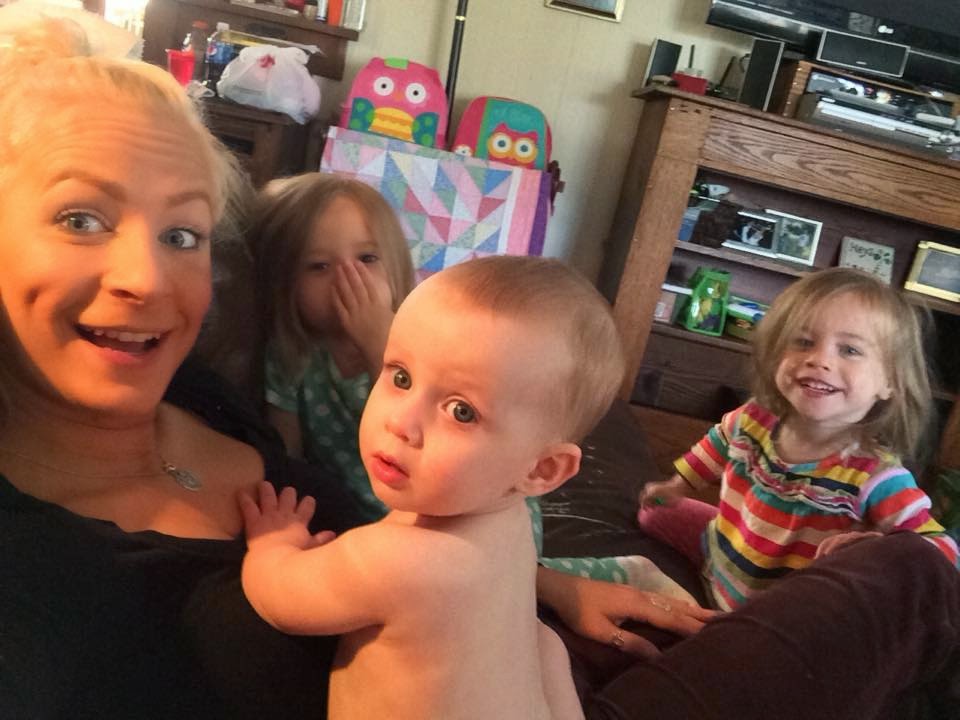 The twins started pre-school early, on account of my niece being special needs spectacular, but being three years old, they only spend three hours in school. So after a weekend with them, I had everyone to myself on Monday. The eldest woke me up at 9:35a and I thanked her for letting me sleep in. My sister’s house is small so I was sleeping in the toddler bed and when the eldest came in (she was sharing a bed with my sister) and woke me, I put on my glasses to discover the 11 month old had been staring at me from her crib for quite some time. When I looked over, she smiled. The younger twin was still fast asleep. This is to say these children are rather ‘easy’, from a child care stand point.

I’ve decided when I have children I’m just going to give them to my sister for two years and then take them back once they’re all properly calm and awesome and just wait in their cribs smiling at me until I’m ready to wake up. That's what us that are 31 and childless like to think it is like anyway. Otherwise no one would ever breed, right?

So my day as a single SATM looked like this: Put the eldest in front of the TV with raisins and milk. Change the 11 month old; feed the 11 month old. My sister took the keys to the backdoor, so I climb over the fence to feed the dogs. Then head back to the kitchen and start breakfast for the twins. Pick out outfits for school. Wake up the younger twin, change her, and position her on the couch to out-groggy herself before breakfast. Finish making breakfast and feed the twins; clean up the babes and their trays. Give the eldest her clothes to get dressed; help her. Dress the other twin. Dress the baby. I am still in yoga pants, no bra and my now greasy hair is dangling from whatever half-assed bun I slept in. I consider taking a shower, but at this point it is five to 12 and I know that the bus comes at 12:30 and the last thing I want is to miss the bus. I put off my shower until just one child is loose. I go to clean the kitchen. I hear a THWAP! The baby got out of her Bumbo chair and fell off the couch onto hardwood. Whoops. I react accordingly, which is to say I didn’t react at all and just picked her up and took her to the kitchen with me, which immediately calmed the surprised terror off her face.

I tell the older one to go pee. For whatever reason, getting her to pee is an incredible struggle. (Although I still don't condone "so-and-so went on the potty!" facebook posts, I get it. A little. Not enough that I think it should continue to be public knowledge, but a little.) So I turn off the television and entice her that it can be put back on once she goes. She does. I tell her to put on her socks and shoes. She gets the right feet. Go her. I put socks and shoes on the younger twin who is now so full of blueberries, bananas and scrambled pizza eggs (I don't know, it seemed like a good idea at the time) that sitting still is just about the last thing she is interested in doing. Ten hyperbolic minutes later we’ve got shoes on both kids. It's 12:25p. I stare out of the door for the next 15 minutes waiting for my shower -- I mean the bus. It's 10 minutes late, but I feel a bit of success in accomplishing my first real goal of the day which is to just get them on the damn bus. It felt like a huge fucking victory at that point. I encourage the eldest to get on the bus. The younger twin is in her own world and not listening, so – with the baby on my hip – I grab the twin from the porch, put her on the other hip, get her backpack and carry both to the bus. I hand off the child and the pack and explain I’m the aunt when they think I'm the mom. Either I'm doing something right or I'm just looking the part. But, who cares bye now because I’d like a shower. I head back in and, with the baby still on my hip, get a glimpse in the mirror. 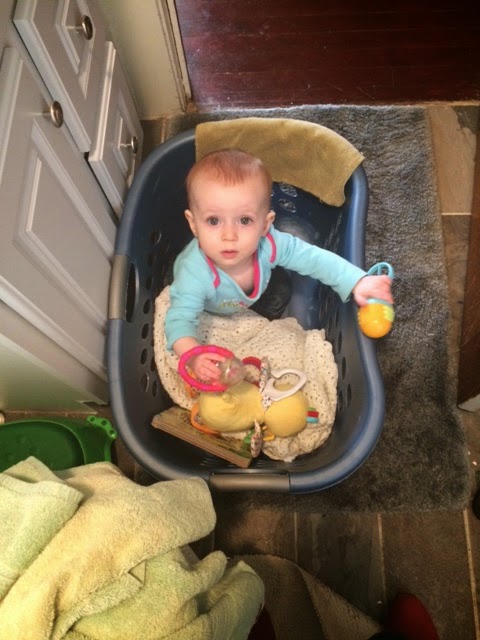 Single mother is NOT a good look on me. I look completely disheveled and like I haven’t showered for days. At least, I thought, I had the decency to put on a bra for the bus ladies. I immediately take a shower, but not before putting the baby in a laundry basket to drag into the bathroom with me. I did not want her falling off the couch or something again. Every few minutes I’d poke my head out of the shower I was singing in to make sure she was enjoying the concert fine. After I dress, I head to the kitchen with my laundry basket baby and we do the dishes and clean up as I put on a one woman show. Afterwards, I feed her again, and put her down for a nap. I had time to clean the living room and put on my makeup/dry my hair. I almost looked human again. And then it’s time to pick up the twins from school, so unfortunately I had to wake her up after a short 20 minute nap. She didn’t care.

So into the car we go. When I pick up the twins, I’m two minutes late. The eldest screams my name joyfully. We head out. She then begins to cry and scream for someone to help her when the teacher picks her up because she is refusing to walk through the parking lot. I think, "Oh shit. They're going to think I'm stealing these children!" Everything became fine when she got to grab onto my shoulder as I carried the other two to the car. Aww. She wanted ME?! I melt. Once in the car, she’s still upset so I ask if she’d like a milkshake – mostly because her auntie wanted a burger and shake all day, but hey, two for one – she says yes and by the time I get to Steak and Shake, she’s asleep.

We get back and I put the asleep one on the couch. (Oh, did I forgot to mention her kids also sleep through damn near everything? It’s very convenient.) I feed the younger twin her burger while I put the baby back in her crib to nap. Then the younger twin was super hyperactive in my face – which might have been the milkshake I’d given her – but I figured was her different little way of saying she was tired, so I put her in her bed. She fell asleep. Suddenly I noticed ALL OF THE BABIES WERE ASLEEP! Holy shit this is great. I can take over Netflix! An episode of Parks and Recreation later, my sister came home to a clean house with sleeping babies and when she walked in the door said, “Wow. You’re good.”

THANK YOU! But fuck man, good is really difficult. And it makes me realize that I’m totally okay being childless for quite a while longer. Even the logistics of getting a simple cup of coffee are completely elevated to the level of “fuck it, water wine is fine” when it involves strapping little humans into seats and shit. Our mom was still at my sister's when I called yesterday to talk about my going back this weekend and even she said, “I don't know how [your sister] does it. I have no idea how I did this with you three! And I really have no idea how your grandmother did it with five of us!!”

Me neither mom, but thank you. Holy shit. And thank you.*