I realized recently that I’ve written many, many too many blogs about matters of the heart. And, while important, there has been much else going on in my life. This past year has been very difficult – as the stars had planned – and I really truly did learn immeasurable lessons – as the stars had planned – so I suppose I blogged to, cope…or maybe just remember not to forget. So for that, I am thankful as well. But also, I don’t want to forget the many wonderful moments this year has held for me and all those spectacular little dances. So let's review:
January. The only travel that happened going home for a funeral. Let us move along. (RIP)
February. I went back home again to see my sister off to Australia. Then, in the middle of a Super Bowl party I came down with the worst flu ever and it knocked me out for about 4 days with a 104 fever. Sweet. Even better because I’d just started my training for the half marathon (a bleed-over ‘yes’ from 2010) and had to stop for two weeks.
March. If memory serves, I simply spent most of it running many miles on weekends to train for the Nashville half marathon.
April and May. I ran the Cherry Blossom 10 Miler, April 3. 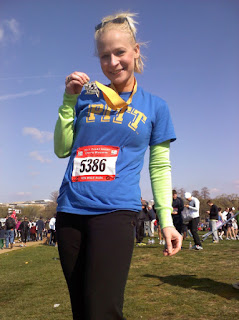 Later in the month, I fit 9 days and 3+ states into a carry on. It was a process.

Four of us road-tripped down to Nashville. Then we ran. And then a bag and a pillow of my expert packing was sent back with the rest of the DC crew, while I was left with what I could carry to fly out to CA for work…and then PA for my sister’s baby shower. The few days I spent in Nashville, I spent eating, running 13.1 miles (the best 2.5 hours of my year, perhaps) and spending time with close friends, while making new ones. 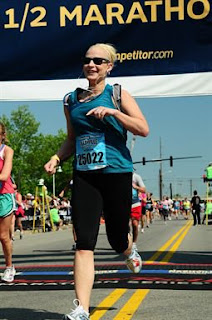 From Nashville, I flew out to CA for work, where my boss insisted I take my first Irish Car Bomb, which I was convinced was going to be awful, but ended up quite delicious (there is a charming montage somewhere: http://yfrog.com/h4qt0wxj). We spent the last night in San Francisco, eating dancing drinking and general tom foolery. From there - with a raging hangover and a lost pair of shoes - I flew to PA for my sister’s baby shower for the twins. And after a couple of days there, I flew back to DC and by this time it was nearly mid-May.  In lue of a climbing trip this year, I ran the Warrior Dash again. It was muddy. Muddy and amusing. 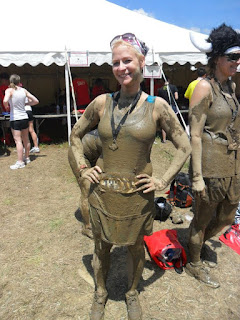 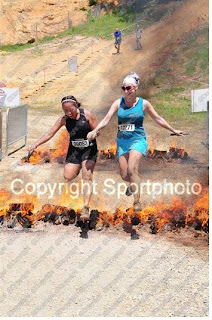 June. (Wine fest.) June was our beach trip. Driving only. It was a good time and Delaware has no tax. So there’s that. Most giggling drunk and best beer pong I can recall. If I was that giddily perfect drunk all the time, I would never be sober. 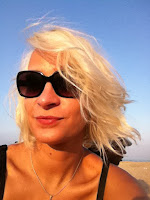 July. In July we took a day trip to Dewey and happened to set up next to my most favorite gay couple in the entire world. Out of the whole coast of Delaware, we set up four feet from friends we didn’t know would be there. It was a great day. Really it was. More spontenaity is good.
Later in the month we went tubing in West Virgina with a friend who was home from working in Afghanastan. That was another drunkenly good time – only I lost my only remaning diamond stud that day in the river (or so I thought*). My parallel-lived sister-from-another-mister friend and I ended out the month in Miami. The water was crystal clear, the weather was about 80 and perfect – cooler than it was in DC. The fucking maid stole my favorite new summer dress, but I have since tried to pull the pieces of my life together and move on. (Sarcasm, but I really was pissed about that. Moral of the story: Lock yo’ shit when in Miami, as they ignore “Do Not Disturb” signs to shop in your room.) 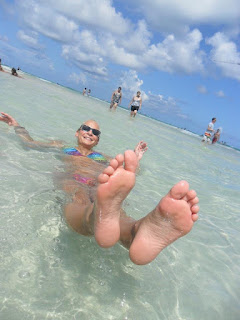 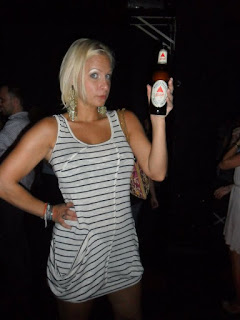 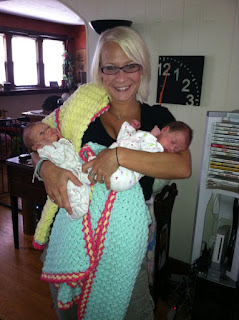 August. (Earthquake. Hurricane Irene.) In late July my 2nd eldest sister gave birth to beautiful twin girls. In mid-August – after my mother left, I flew out to Indianapolis to help her out for a very extended weekend. It showed me why love is such a powerful emotion – it has to be stronger than your desire to sleep over changing diapers and heating up bottles. While there, I finally finished both of the afgans though. Kudos to me?
September. Earlier in August, over a Gchat conversation with my friend, she said she was going to visit her parents in Reno over Labor Day weekend. I jokingly said “I’ll come” and within ten minutes this snowballed into her having purchased (with airline points) two tickets to Reno. This was perhaps the best trip of the year. And her parents were kind enough to go through the rigamarol of getting their boat inspected (they’re trying like mad to protect Lake Tahoe from sea urchins or something) and taking us out for the day. My friend got her dad in the glacial water, which is crisp, clear and frigid, which got her mom in there which made me go: WELL HELL. Best WELL HELL since Hurricane Irene made me do a training run in the rain.  And perhaps, ever. 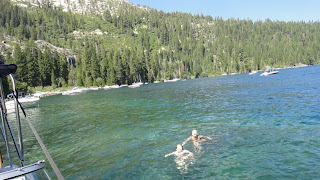 Later in the month, a few friends used some groupons we had purchased in February to go “urban rafting” in Richmond. It was cold. And it was fun as hell. The lack of rapids – like the ones we did while white water rafting last year in West Virginia – were almost entirely made up for with the comradery…and food.
October. In October – the weekend before my birthday – I went to Savannah. My parents always go and invite us. I wanted to go, but didn’t have the money. My mom offered her United points to fly me down for an extended weekend. Typically reluctant to agree, I had prayed for help all year with money and the like and after picking up dollar, after dollar on the floor of the bar and leaving them as tips, I received another surprise of money in late July that finally made me go: I have to accept what people offer. Sometimes we just can’t do things on our own. Someday, I will pay it all back. When I can. Savannah was amazing (again). And subsequently this (the mobile bar tour, not readin' the paper with Johnny Mercer) is added to my Bucket List: 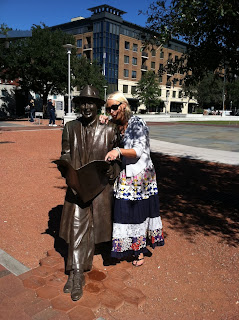 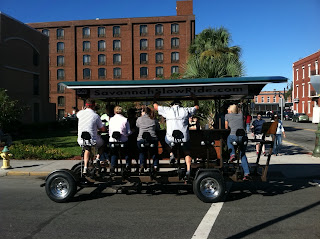 And the best part was my training run for the 10 miler that I did on the beach…at sunset. Through the tide. I never wanted to stop running. And then the sun set and it was dark.
The next day I left. And five days later I ran the Army 10 miler (slowly) after a successful (but not too successful) birthday celebration for myself.


The weekend following that, I went to PA again for my grandpap’s 80th birthday. Over his cake, he gave a speech. To all, I highly suggest that when older people make speeches over cake that one: You listen. Two: You take notes. And Three: If at all possible, record it. The gist of it: Life flies by when you’re happy. Enjoy every second of it. Even the bad stuff; it never stays bad. Be thankful for life. Be thankful for love. Love your family, they’re everything you have. That’s what I took from it anyway.

The following weekend I took my first train ride and went up to NYC. I met my friend that was the reason I was going up to visit – who had recently moved back to PA – so in a happy turn of events we got to stay with another mutual best friend from high school and her girlfriend in Queens. The plan: No plan. It was great: Sex Museum, Highland Park, psychics**, shopping, 22oz ciders, Times Square, Occupy Wall Street, Chelsea Market, getting lost in Brooklyn…spiked coffee. Educated tourists: A very cheap and fantastic trip. 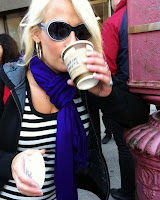 The weekend following it was Halloween – to which I have something to add about that psychic thing**…if you recall. In lieu of going to Vegas, I stayed in DC and had an oddly great Halloween. I think - I mean could I remember. The entire weekend.  It definitely seemed to be a defining pivot point of the year, internally and externally.
November. November didn’t offer much in the way of travel: The first weekend was a trip back to Pitt for a tailgate with friends. It was like good old times, but with new friends. (Lots of friends in DC I went to school with at Pitt, but we didn't know each other until we moved here. Weird? Or fate of some sort?) 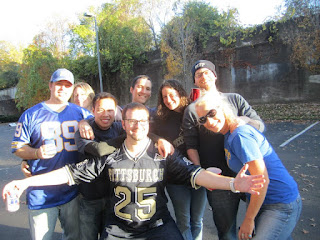 So no flying, but I went on a date. Well, a few.**  Then there was Thanksgiving home in PA, wherein everyone talked about my one date that lasted for three days**…and my mom gave me a Christmas present earlier for gabbing about the date and bringing on an army of female relatives' questions. (Hi, Mom. <3)

December. For December I had wanted to get to Nashville for my forever friend’s birthday. (She and her brother are like extended siblings to mine – our mom’s used to be best friends and we all grew up together.) I couldn’t afford it. It happens. I knew she would understand, but I was sad to miss it. The Friday prior to the surprise party a lovely lady I had  befriended when I was in Nashville for the half-marathon in April (and she was there from Chicago for my extended brother’s best friend’s birthday) texted me asked when I was going to arrive. I told her I wasn’t; I couldn’t afford it. She quickly offered to front me the money until 2013. I politely declined at first because I forgot I told myself to stop doing that. She quickly came back with a flight itinaryar and asked if she could purchase. After checking for a super-early ride to the airport, I said yes. She and I and the birthday girl and all of us, we had the best time. So exhausting, but so amazing. I am so happy I went. And came back the the singular though and singing heart that I am truly lucky to be so loved. 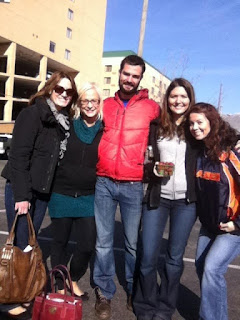 Next I went home for Christmas and spend time with my sisters (one home from Australia!), brother in law(s), parents, grandparents, and all three of my amazing little nieces. (The twins on Christmas morning. A twin and b-i-l and eldest niece at grandparents dinner just before I had to leave them all. The first time I almost cried leaving family. I am lucky to love and be so loved.) 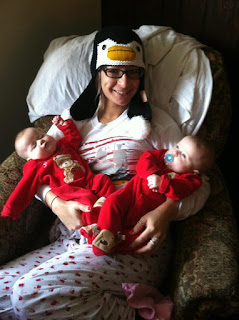 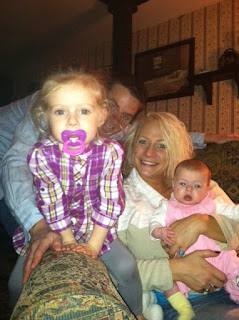 *After I came back from PA, on one of the remaining days of the year, I found that diamond stud earring I thought I’d lost in a river in July. I took it as an omen of good things to come.
At long last, I kissed off the old and rang in the new... 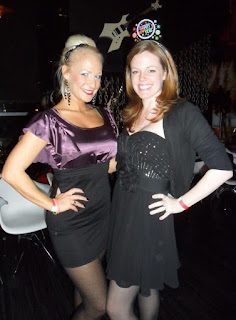 Goodbye 2011. I will remember you as an influential nuisance who provided me with oh-so-many stories ... and love. Enough love to get through the bad stuff.
**Forthcoming blogs to pull it all together…